Posted on 15 September 2011 by ladyphlogiston

I’ve been sort of doing ICAD for September – Index Card a Day, which is a thing started by a blog called daisy yellow.  I find it’s quite nice to actually do one each day, but too often I forget during the week, and during the weekend I figure I can take the extra time to do more than one and I end up doing ten and feeling weirdly hungover by the end.

However, I have been having fun.  The idea is that you do something creative with an index card each day – I’ve mostly been painting, but anything goes.  I won’t post them all (it’d take too long, for one thing, and for another you’d get bored) but here are some of my favorites.

The background was stamped – I wrapped string around a squarish bottle of nail polish, painted watercolors on one side, and stamped away.  The flower is a Silhouette cutout I had lying around.

I recently read about zentangling, which is essentially a structured form of doodling which would be much cooler if it didn’t take itself quite so seriously.  So when I had acquired a cool new white paint pen, I decided to try something along those lines.

Another stamping experiment, using acrylics and stamps made from homemade playdough.  I kind of liked the results – the soft playdough created some cool texture.

I’m not normally a collager, but daisy yellow is and I had a background that needed something and was in the mood to experiment.

This one’s probably my favorite so far.  It’s actually three cards, since I ripped up two I didn’t like and glued the pieces on.  Genesis 27 has been on my mind lately – I’ll tell you why at some point.  And incidentally, actually writing on one of these freaked me out.  I don’t much like my handwriting from an aesthetic standpoint.  I’d much rather trace fonts.

Okay, that’s five and I’ll stop here.  I think there’s fifteen or so lying about, though.

I decided I may as well link this one up a bit: 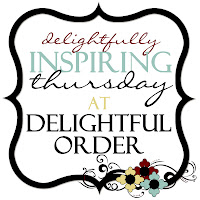 5 Responses to ICAD the first